In 1706 St Mary’s Church on High Pavement opened its doors to the poor children of Nottingham. Under the archway of the porch the ‘principal design of the school was to train poor chil 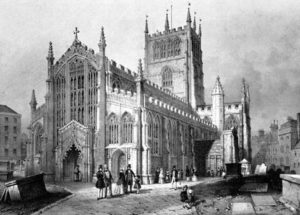 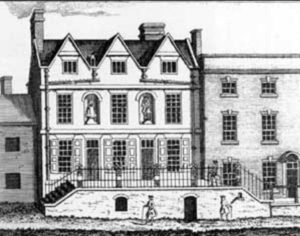 Greycoat School, as it was initially known, and then latterly Bluecoat School played an important civic role during its growth and development. It moved to many sites and there was even a road named after it near the Victoria Shopping Centre. During the 1970s Bluecoat School moved to its Aspley Lane site.

In 2003 Bluecoat was asked to take over the running of the school that was being closed at Wollaton Park. The Margaret Glenn Bott School shut its doors in the summer of 2003 and was re-opened in the autumn as Bluecoat Wollaton Park site. Within 5 years the first students at Wollaton Park had achieved record examination results and transformed the learning of young people in the area. Bluecoat Wollaton received funding through wave 5 of Building Schools for the Future and a new set of buildings cemented its place as a successful and happy school for 750 students aged 11-16.

In 2012 Bluecoat School became an Academy.  In 2014 Bluecoat became a Multi Academy Trust, sponsoring a local school and helping it move from its Ofsted judgment of inadequate to good in February 2017, a transformation that took place in less than 3 years. The sponsorship of Bluecoat Beechdale Academy enabled staff from across the Trust to work together in order to support students across the family of schools. 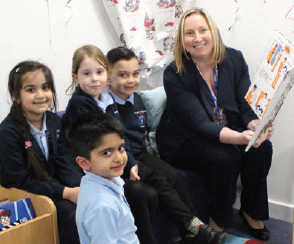 In 2015 Bluecoat Academy opened its own 420 place Primary school, representing further growth for the Trust and creating a learning experience based upon Christian faith and values for children aged 4-11 in the City of Nottingham.

In January 2018 The Nottingham Emmanuel School became the newest academy to join the Trust as we renamed to Archway Learning Trust in recognition of the the larger family we had become.

In March 2021 we welcomed three new academies to Archway Learning Trust. Based in Derby, Lees Brook Community School, The Long Eaton Academy and Alvaston Moor Academy became the newest memebr of the Archway family. We are also excited for the anticipated opening of Bluecoat Trent Academy in September 2021.

The overriding vision of the Trust is to support young people who are struggling to be successful, and to ensure they have the best possible education opportunities. The Trust is committed to ‘the transformational power of education’ coupled with collaborative school to school support.

Archway Learning Trust
We use cookies to ensure that we give you the best experience on our website. If you continue to use this site we will assume that you are happy with it.Ok